Everything You Need To Know About Diabetes / 7 Jun 2021

Diabetes is a severe metabolic disorder that has attained the status of a global epidemic since the beginning of the 21st century.

WHO currently documents diabetes to be affecting more than 422 million individuals worldwide, with around 1.6 million deaths directly attributed to the disease yearly.
The consequences of poorly managed diabetes are a threat to the quality of life and can result in premature death.

While it’s important to recognise that it’s dangerous condition, it is equally important to understand that type 2 diabetes mellitus (DM) is preventable and manageable with the right support and medical intervention.
Knowing what signs to look out for and early treatment is the key to managing type 2 diabetes effectively.

Unlike most diseases, diabetes (especially type 2 diabetes mellitus) does not have a dramatic presentation early in the disease. However, there are subtle warnings signs that can alert you early on.
But first, let us dive into some basic understanding about what Type 2 Diabetes is and why is early detection so crucial.

What is type 2 diabetes?

Type 2 DM (aka non-insulin-dependent) occurs due to the resistance against the hormone ‘ insulin.’ Insulin produced by the pancreas is an essential hormone that maintains blood glucose levels. It regulates glucose by moving glucose from the blood to different body tissues to be metabolised as energy.

Insulin resistance occurs when the cells fail to respond to insulin, leading to high blood sugar levels. The prolonged high blood glucose leads to severe consequences, such as

Why is early detection of diabetes important?

According to the International Diabetes Federation, Type 2 DM accounts for more than 95% of all diagnosed diabetic cases. However, in most cases, it demonstrates a sub-clinical pre-diabetic stage that can exist for several years.
Due to the long period of time where individuals don’t any symptoms, the disease often remains undiagnosed.
But this is where intervention is most important.

Recognising signs and symptoms early can be vital in determining the severity of the symptoms later on.
But bear in mind that these warning signs are primarily non-specific and can also occur with other disorders, so before you panic have a chat with your doctor if you have any concerns to rule out any other causes of these symptoms.

1. Frequent urination
Also known as polyuria, frequent and/or excessive urination can typically manifest as an early sign of high blood glucose levels.
On average, a healthy individual urinates around six to seven times a day. However, for a person with high blood glucose, these frequencies may double or triple at times.
This is caused by the body’s constant struggle to flush out the excess, unabsorbed glucose.

The glucose overload in the blood surpasses the kidney’s filtration capacity, leading to massive loss of glucose in urine that further attracts more fluid, leading to increased need to urinate.
Polyuria, the term used for frequent urination, typically becomes more noticeable when you find yourself getting up at night repeatedly to urinate
Back when there was no biochemical testing like we use today, diabetes was diagnosed by the sweet smell and taste of the urine caused by the high levels of glucose. Individuals addressed as the ‘water tasters’ were asked to taste the urine of suspected patients to aid in the diagnosis of diabetes. Thankfully, we don’t need to use those methods of diagnoses anymore!

2. Extreme thirst
Another common symptom experienced around the early stages of diabetes could be extreme thirst. Thirst is due to high glucose levels that saturate the blood and the increased urination resulting in dehydration.

Diabetic patients are, therefore, well known to frequently complain about thirst that requires excessive rehydration and are not easily satisfied. Someone who is very thirsty will naturally drink a lot of water and then urinate more frequently, and assume it’s due to the high intake of water, when both could be early signs of type 2 diabetes.

3. Increased appetite
Increased appetite or hunger is also considered an early warning sign of type 2 DM. The tissues and organs are unable to absorb glucose present in the bloodstream, so the body needs energy and craves food.
This phenomenon is called polyphagia, when you are still hungry even after eating a large meal. With polyphagia, diabetics experience lethargy and fatigue due to the poor absorption of glucose for energy.

4. Delayed wound healing
A vast majority of individuals experience slow wound healing in their pre-diabetic stage.  Usually, if you cut yourself, the body can heal pretty quickly, but if you notice that even minor cuts and wounds require weeks or months to heal fully, this might be the right time for you to seek medical advice. Several factors contribute to delayed wound healing, such as the damage to the blood vessels caused by the prolonged high blood sugar levels and weakened immunity.  The blood vessels in diabetic patients are known to decrease in diameter over time, slowing down the blood flow and restricting the supply of oxygen and nutrients. Therefore, in case of an injury, the blood supply to the wound site is inadequate. Additionally, blood saturated with glucose is an excellent medium for bacterial growth that further delays wound healing and promotes infections at the injury site.

5. Decreased vision
Blurred or decreased vision may sometimes manifest as an early warning sign of type two DM. You may experience episodic blurring of vision that occurs in one or both eyes. Similar to the damage sustained by the blood vessels in the different parts of the body, the tiny retinal vessels also suffer the consequence of prolonged high blood sugar levels. The result is an excessively leaky blood vessel that causes fluid to escape into the eye’s lens, disrupting the vision. Another potential mechanism linked to this symptom is the loss of elasticity of the lens, secondary to fluctuating glucose levels in the pre-diabetic states.

It’s vital that you see your GP or an ophthalmologist if you experience any blurred vision.  If no medical intervention is made at this stage, the damage to vessels increases over time and leads to permanent vision loss. The American Diabetes Association recommends that individuals with Type 2 DM get an eye exam at the time of diagnosis.

6. Skin discoloration
Change in skin pigmentation, especially around the skin folds, such as the neck, armpits, and groin region, is another warning. The affected sites are often darker or discolored, with a soft velvety texture. This condition is commonly known as acanthosis nigricans. It is thought to be a consequence of high insulin in the bloodstream, produced by the body to compensate for insulin resistance, early stages of type 2 DM.

7. Frequent infections
As previously mentioned, blood with high glucose content is a rich medium that supports infectious growth. Therefore, it is not uncommon for individuals with type 2 DM to contract infections more frequently than the general population. Common infections reported in such individuals are fungal (yeast) in nature that occurs in moist warm parts of the body, such as the oral cavity, armpits, and groin region.  These fungal infections usually cause intense itching, burning, and redness in the affected areas and are typically more common in females than males. Similarly, urine with high glucose levels may also predispose you to repeatedly develop urinary tract infections.. The risk of several oral diseases such as periodontitis also increases by approximately threefold in diabetes compared to a healthy population.

Although there is currently no cure for type 2 DM, it can still be effectively managed with early medical help.  The World Health Organization (WHO) suggests making healthy lifestyle changes such as a diet high in fresh food and regular physical exercise can delay and even prevent type 2 DM.  Reducing weight in cases of obesity, not smoking, and regular screening for complications, are steps that can further decrease the morbidity and mortality associated with Type 2 diabetes. If you have experienced any of the warning signs mentioned above, make an appointment to have it checked out by your doctor, just to be safe 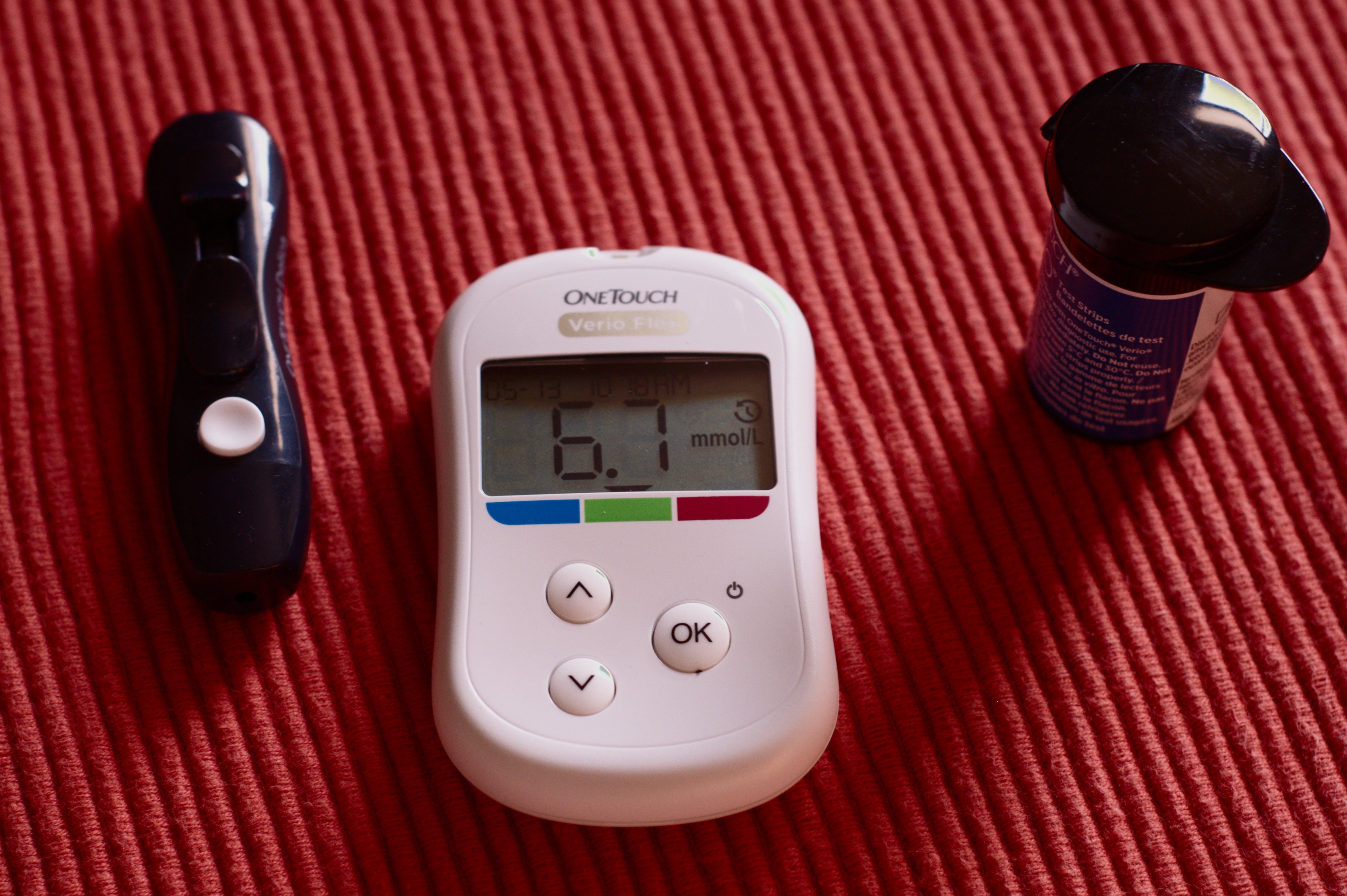 How to maintain normal blood sugar

No matter what your age is, it is never too early to start looking after yourself and testing things like your blood sugar levels to make sure that you’re taking the proper care of your body. 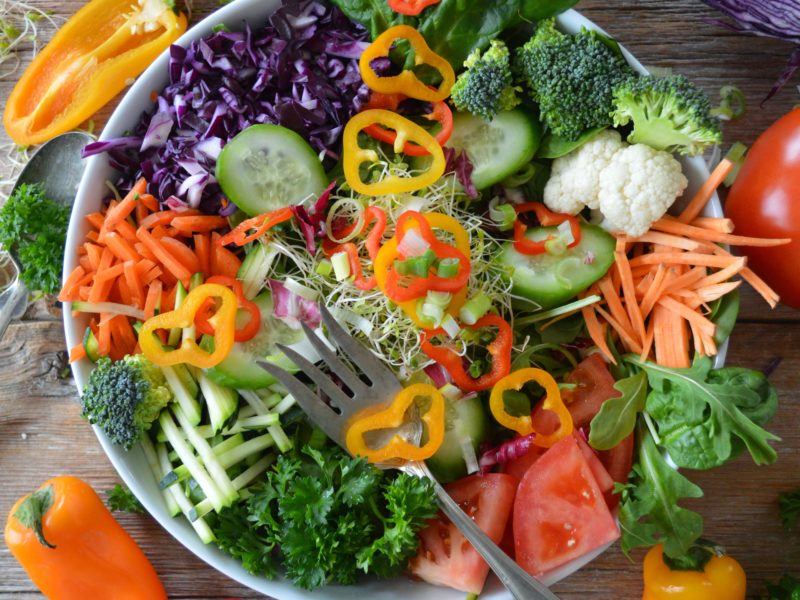 Let’s have a look at what foods are beneficial for people with diabetes.