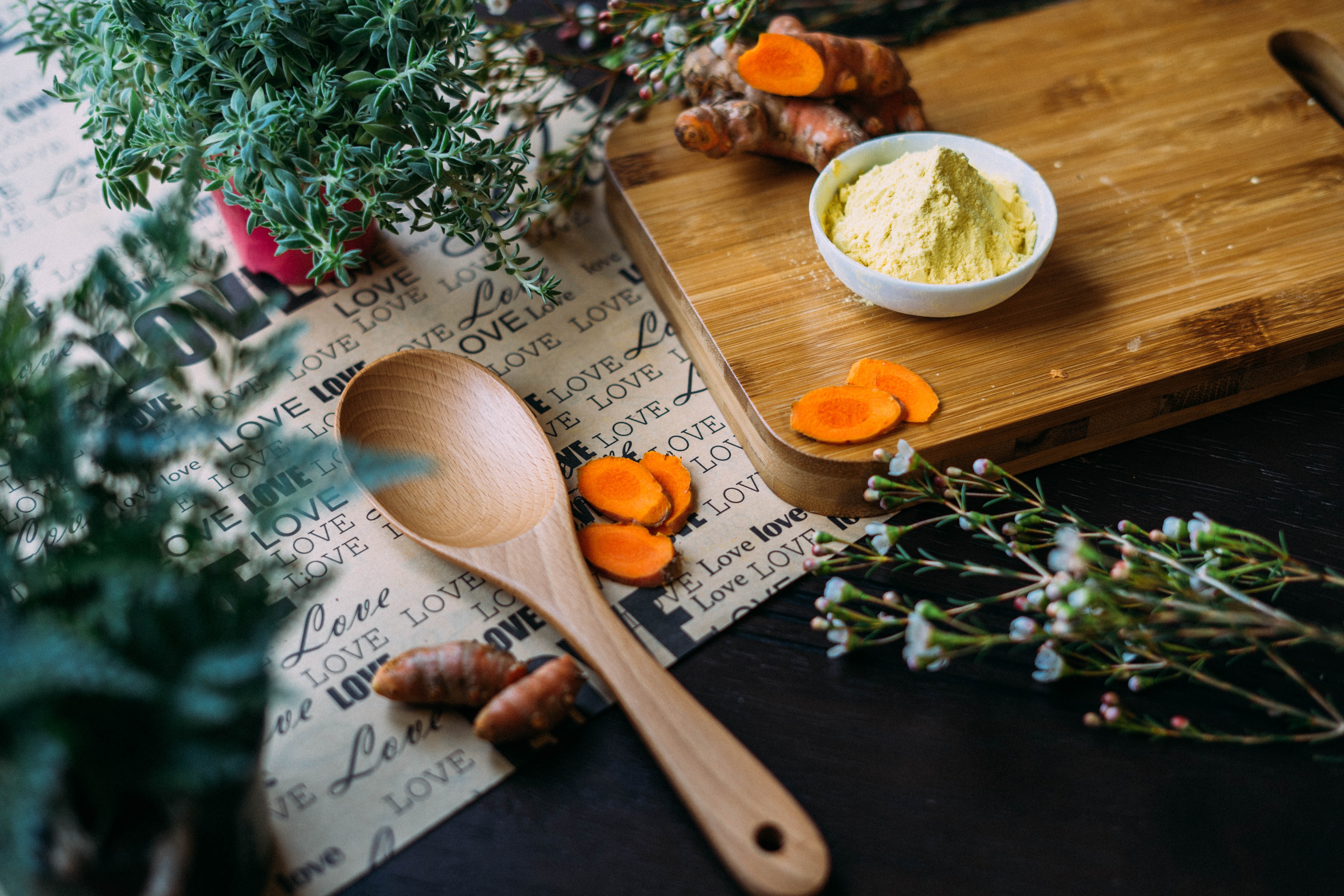 Turmeric and Honey: A Potent Antibiotic

Have you ever had a rough night’s sleep because your nose felt stuffy and your throat was unbearably sore? And then you recall your grandmother telling you a million times about golden milk-the peculiar mixture of turmeric, milk and honey that will cure just about anything? As much as you probably wanted to roll your eyes at her, she was privy to a secret that’s been kept for thousands of years.

Thanks to their bioactive compounds and medicinal properties, this combination could be the most effective nutritional supplement that exists. Read on to learn more about turmeric and honey and how you can incorporate them into your lifestyle to reap all of their health benefits.

Famous for its contribution to the wholesome flavours of Indian and South Asian cuisine, turmeric comes from the root of the Curcuma longa flower, which grows mainly in these regions.

It is usually found in a vibrant yellow powder which makes it easier to use. It has a warm, bitter taste and is commonly added to food such as curries. The spice contains an active ingredient called curcumin, which gives it most of its high wellness impact.

What are turmeric and honey good for?

When it comes to taste, turmeric and honey complement each other because the sweetness of honey counters the bitterness of turmeric. But more to that, both of their powerful nutritional properties can be combined to give a potent solution to many health problems. Turmeric and honey have the potential to:

As if an accolade for being a flavourful spice isn’t enough – turmeric has the powerful ability to act as an anti-inflammatory. Its bioactive ingredient curcumin works to suppress the molecules and fight foreign invaders that cause inflammation. It can be used to treat inflammation in any area of the body, including swelling and sores inside the mouth caused during radiation treatment for cancer. According to ongoing research, in the right dose, curcumin can be a more effective anti-inflammatory and pain management treatment than medications such as ibuprofen and aspirin.

Because of the anti-inflammatory benefits, curcumin can also help to reduce pain caused by inflammation. This is especially the case with osteoarthritis. Authors of a study, testing the efficacy and safety of Meriva, came to the conclusion that curcumin helped significantly improve stiffness and pain in osteoarthritis patients after eight months of using it as a treatment while those who didn’t take the treatment saw no improvements.

Both turmeric and honey have powerful antioxidant properties as standalone ingredients, so imagine what a powerhouse they can be when combined. They work to protect the heart from experiencing oxidative stress which can cause heart disease. A review of lab studies and clinical trials showed that honey helps lower blood pressure, improve blood fat levels and regulate and prevent cell death. Curcumin also helps keep blood vessels healthy by regulating blood pressure.

Sometimes, there is presence of too many free radicals in our bodies. These are unstable atoms that can cause damage to your cells such as oxidative stress. Free radicals can react with molecules such as fatty acids, proteins and DNA. This can cause an array of issues including ageing and many diseases. Turmeric and honey have antioxidative properties that can neutralise free radicals so that they cannot damage or kill any cells in your body.

As if the benefit of turmeric hasn’t been impressive enough – add memory function to the list. The neurons in your brain have the ability to form new connections or multiply and increase them. This process plays a role in your memory and learning abilities. Turmeric and honey both have the potential to increase this activity and because they also reduce oxidative stress, the brain cells are protected from ageing. Studies have shown that these two ingredients have the potential to fight Alzheimer’s disease as well as depression.

Aside from protecting and cleansing you from within, turmeric’s “magic” works from outside too. Turmeric and honey have healing powers that can be used to treat burns, cuts and wounds. They lower the response your body has to topical wounds and result in them healing quicker. They can also reduce the growth of many disease-causing viruses and bacteria as well as disrupt fungal-cell membranes. This makes turmeric and honey a potent antibiotic because they can help the body naturally fight infection.

A mixture of turmeric and honey provides a soothing natural remedy for coughs and colds. Because they reduce inflammation and increase antioxidant activity, they can boost your immune system’s capacity to fight off excessive coughing, sneezing and other symptoms. The mixture can help cleanse and detoxify the body, helping it recover faster.

How can you use turmeric and honey as an antibiotic?

The easiest and most effective way to use turmeric and honey as an antibiotic is to consume them in their natural states. You can try mixing 1 teaspoon of turmeric powder into ¼ cup of raw honey with a few drops of fresh lemon juice and consuming about ½ teaspoon of the mixture when and as needed.

You can also find supplements in the form of capsules or shots that contain curcumin and the nutritional benefits of honey if you prefer to take them in that form.

If you’re treating a topical wound, you can apply a turmeric and honey mixture directly to the affected area for relief and healing. However, be sure to add less honey so the mixture is thick enough to work with.

Our honey and turmeric power combination

We hope that from now on you won’t underestimate the power of turmeric and honey, but you’ll remember what a powerhouse this combo can be, especially when your cough mixtures just won’t settle your dry cough or your meds won’t relieve you of inflammation. Turmeric and honey are a natural and potent way to treat or prevent many health conditions. They can be consumed separately or, as we highly recommend, combined into a mixture for best results. In order to reap the full benefits of these two super ingredients, we also recommend consuming them in their raw states. This will ensure that they have greater bioavailability and can be absorbed into your bloodstream more easily. 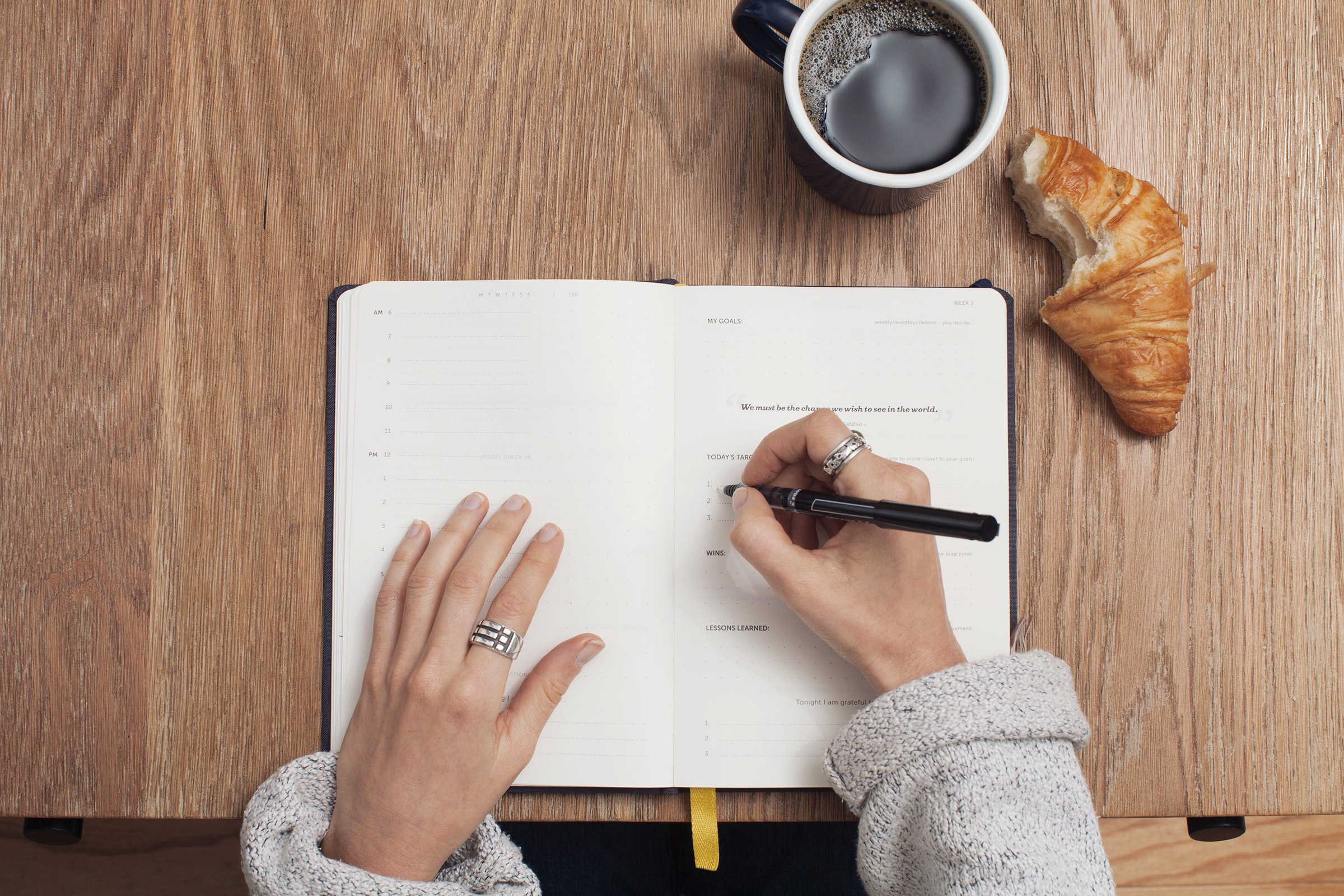 The 5-hour rule has been followed by all the greats, including Oprah, Bill Gates and Warren Buffet. Read on to find out how you can implement it to get the most out of your day, or week, and climb up the ladder of success just as well as these guys did. 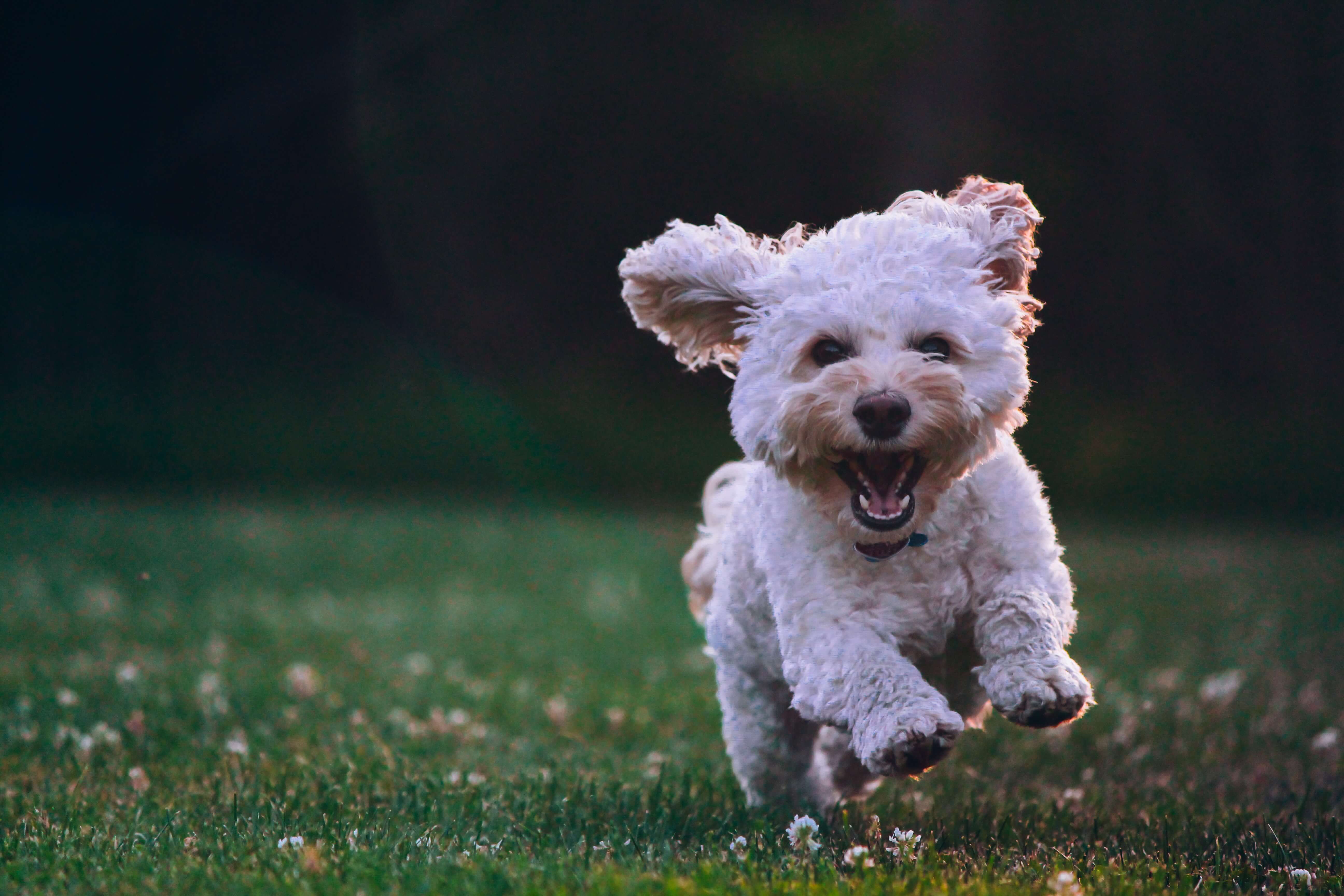 Is your dog protecting you from disease?

Not only have they been helping us hunt for food, warning us of danger or allowing us to enjoy their camaraderie, scientists now believe that they can protect us from disease. 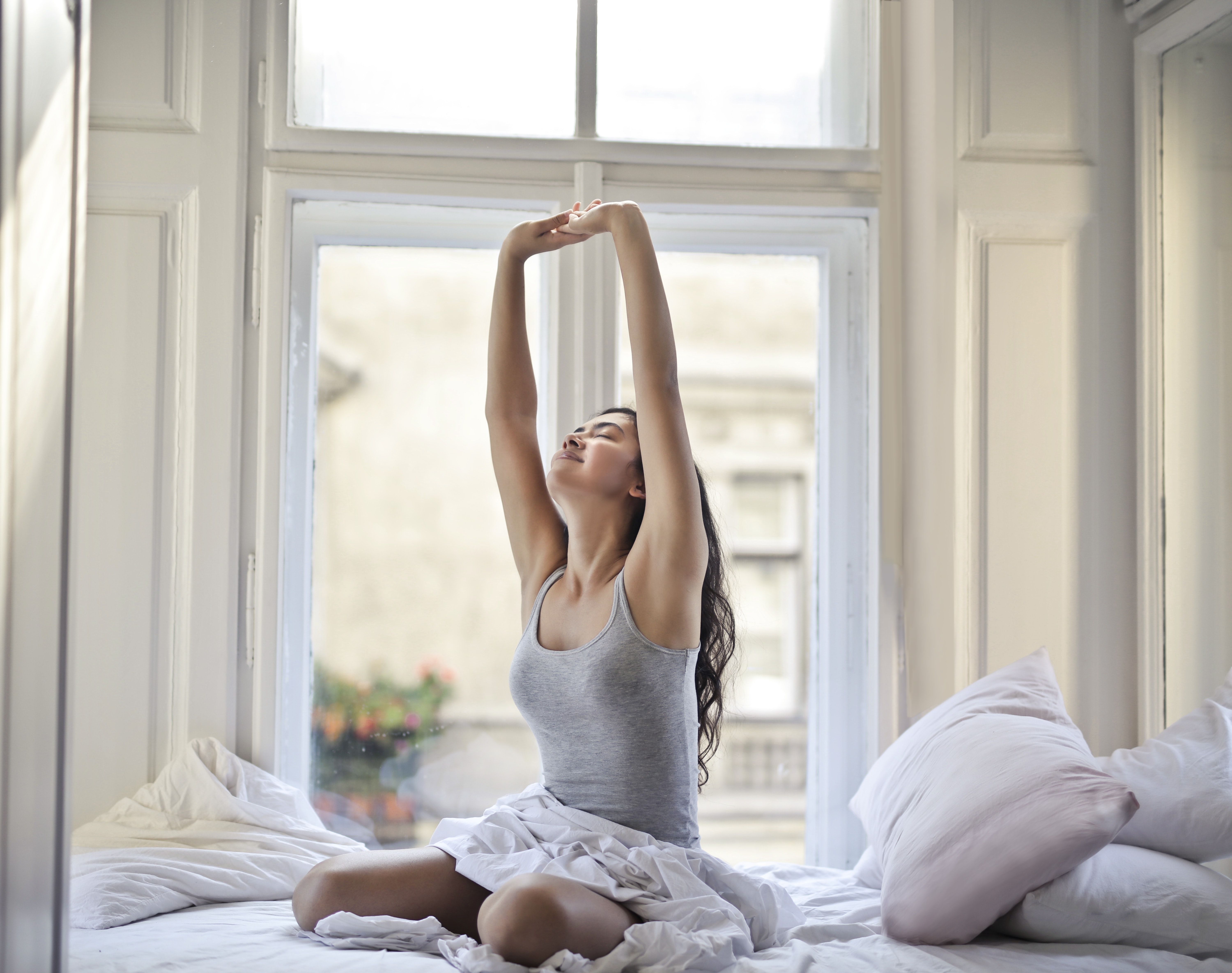